As my first post what better place is there to start than a round off of the amazing week that was Brewsvegas. For those who don’t know, Brewsvegas is the brain child of some brilliant folk at the various beer bars and breweries around Brisbane designed to spread the beery beery love, and, with around 40 venues involved at 90 events throughout the week, it certainly did that.

I, unlike many of my beery friends had to work throughout the week (lucky bastards) so I packed in as many events and as many places as I could outside (and sometimes inside) work hours.

Despite my best intentions to have a quiet Saturday on Brewsvegas eve (to ready my liver for a big week of drinking) I ended up joining my dear and slightly boozed friends at Tipplers Tap on the Noisy Minor Shout and the company (and the beer) was simply too good to abandon. The geniuses at Noisy Minor/Fortitude Brewing Co. put together this little crawl, provided a matching uniform of Noisy Minor shirts and had two brand new beers on at each venue, starting at Scratch, then Bitter Suite, then Tipplers Tap and ending at Archive. As I joined late I missed the beers at Scratch and Bitter Suite (although have managed to get these later one during the week) but managed to get the beers at Tipplers before the rest of the Crawl arrived. Noisy Minor is right up my alley, unique thought provoking everything the typical beer geek wants. I loved them all particularly Imperial Red Ale – Admiral Ackbar (at 8.5% and that smooth is certainly is a trap) and the special Baltic Porter – Dorian Grey. The one fail (as far as my palette is concerned) was the Herbed Beer – Roggen Josh, but hey, not even Noisy Minor can win them all. 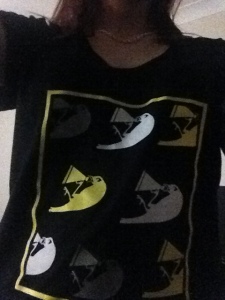 Following, this somewhat extended crawl (heading to the Bearded Lady and then back to Archive after the crawl concluded) we all dragged ourselves home and hoped with all our might that the hangover would not ruin our first (official) day of Brewsvegas. Thankfully I woke up with a smile, and excitement that can only be equated to a kid at Christmas (and that remained with me all week, even throughout a few hangovers), played taxi to a couple of great friends from Newstead Brewing Co and 250 Beers to their first event (a beery breakfast at Tipplers Tap) and got ready to start my own biiiiiggg day to meet them at their second venue.

I managed a trip around to 6 different venues and events on Sunday 23 March 2014:

After that very long day, a few poorly typed messages and Instagrams I dragged myself to bed and readied myself for the hangover to arrive (and boy did it ever). 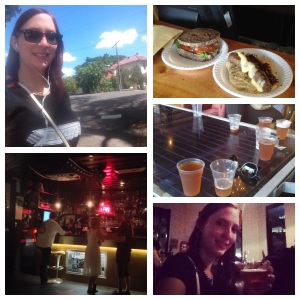 My Sunday picture round up

I with a shaky head and body I dragged my work wife for the Embassy Ultimate Brewcult and Killer Sprocket Cook Up, a degustation dinner of 4 beers (two Brewcult and two Killer Sprocket) and 4 courses. The trick here was that the impressive chef had skilfully incorporated one beer in each course and we as the lucky Brewsvegeans were to guess which was in each. I can only say we all did poorly which I think speaks to the skill of the chef in making the beer incorporation so natural. 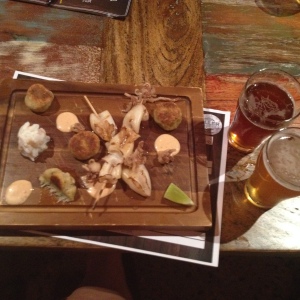 Waking up feeling refreshed and raring to go Tuesday was one of my more anticipated events of the week. I with a number of fellow bloggers and beer geeks attended Newstead Brewing Co’s Get Flawed event to have some knowledge dropped on us by the Head Brewer at Newstead about the chemical compounds which can result from issues in the brewing process and how to pick them. They spiked our beers with some very suspicious looking pills which were 10 of these different compounds were educated on their flavours and were required to guess which was in each beer. Was a fantastic event and I now feel like I can complain and praise my beer with more professionalism. It was then off to Tipplers Tap for the end/after part of the Instagrammies, despite my hopes that I would be going to collect my prize (being one of 2 people with the most finalist entries, the other being 250 Beers) but alas it was not to be, I’m clearly better at drinking my beers than I am at photographing them. A rowdy night and I dragged myself home at 2am to get ready to be at work by 8am… 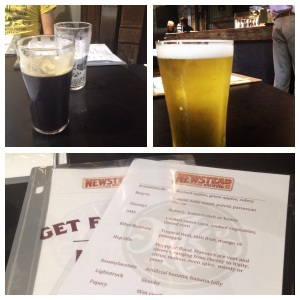 Getting my beer nerd on 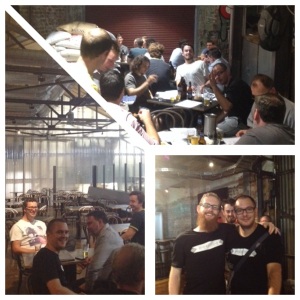 By this stage in the week I had decided that it would be best to have a relatively quiet night every second day to rest my liver (and actually do some work the next day) but was determined to visit Brewski to try their specially brewed BOB (Beers of Brisbane) range which did not disappoint. There were 4 of these beers on tap, Bob Clapton a cream ale with an amazingly delicate vanilla note, Little Bob a special Pale Ale, Bobby Brown, a citra brown ale, easily the standout of this selection (to the point that I made a special trip back on Saturday to get another dose) and the Golden Bob an IPA. From Brewski my beery mates and I were planning on a trip to Scratch for the Ca-beer-et & Cans only to be told as we were leaving from other punters and bar tenders at Scratch that the event had long since reached capacity. Armed with this knowledge we decided to give the Scratch a miss and check out Cartel and Statler & Waldorf, a new venue for me and then get some exercise with a (slightly rainy) walk home. 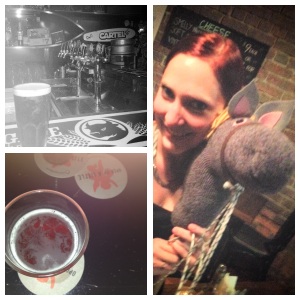 Me and my pony